2016 marked 400-year anniversary since Dutch explorer Dirk Hartog made landfall on an island off the coast of Western Australia, today known as Dirk Hartog Island, part of the Shark Bay World Heritage Precinct. The Dutch sea captain inscribed his name and the date of his arrival on a pewter plate and nailed it to a post. This mark of discovery is the earliest known evidence left of a European in Australia.

To commemorate and promote the diverse offering that the region has on offer on the dates of the centenary, Strut & Fret produced a series of events centred around the occasion working with the Shire of Shark Bay and the Shark Bay 2016 Commemoration Advisory Committee including an Outdoor Concert, The  Discovery Hub – outdoor market, exhibition and visitor information space, performances from the Pyrophone Juggernaut, Sail In Parade, Ocean Classic yacht race, Cape Inscription Commemorative Event, and the Golden Age 1616 Masquerade Ball held in the Spiegeltent.

The festival was heralded a huge success by both visitors and residents. With over fourteen events across the five day festival, attendance was high with over 7,500 guests attending multiple events across the period. 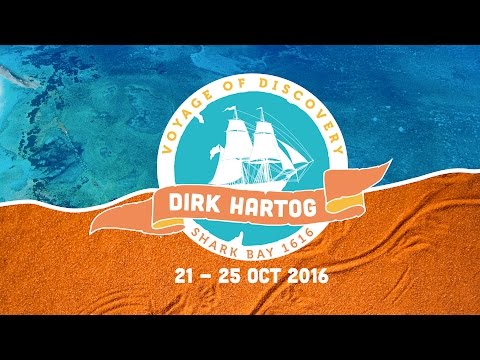