‘Tom Thum appears to have swallowed an entire orchestra and several backing singers.’ – THE GUARDIAN (UK)

‘There are not enough superlatives to describe this beatboxing virtuoso – I am still trying to figure out how he got those sounds out of his mouth.’ – THE DAILY TELEGRAPH (UK)

Armed with just a microphone, Tom Thum pushes the limits of the human voice to create incredible soundtracks of impossible beats and phenomenal sounds, with scratched vinyl, the Michael Jackson back catalogue, the didgeridoo and an entire ’50s jazz band amongst his vocal repertoire.

Tom Thum is an original TOM TOM CREW member and has achieved and experienced more than most artists could hope to achieve in a lifetime. From winning the team battles in the World Beatbox Championships in 2005, to fulfilling every artist’s dream and performing on Broadway in New York. He has also shared a stage with hip hop legends such as Afrika Bambaataa and Grandmaster Flash.

In 2013, footage of his performance at TEDxSydney became the most watched TEDx video of all time, with over 14 million hits. This year Tom was commissioned by Disney to remix the sound for the vintage footage of The Skeleton Dance for Halloween.

Tom’s solo show BEATING THE HABIT debuted at Adelaide Fringe in 2012 to sold out audiences and he picked up the coveted UNDERBELLY EDINBURGH AWARD which supported his 2012 UK tour to London and Edinburgh Fringe with critically acclaimed seasons.

‘If there is a better artist in his field anywhere in the world I would be surprised.’ – BROADWAY WORLD 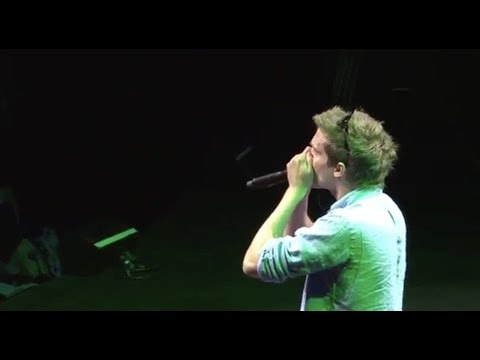